TonyHallo said:
Got my notice today that my electricity cost are increasing about 250% in August, $.057 to $.15 /KWHR, wonder how much paint cost have increased? I'll find out soon.
Click to expand...

Finally got to the point where the defects in the primed surfaces were getting had to see ,added guide coat. Hopefully one more bout with the primer. Might take a trip to the autobody store today. Need white base and clear coat, have the red base already. 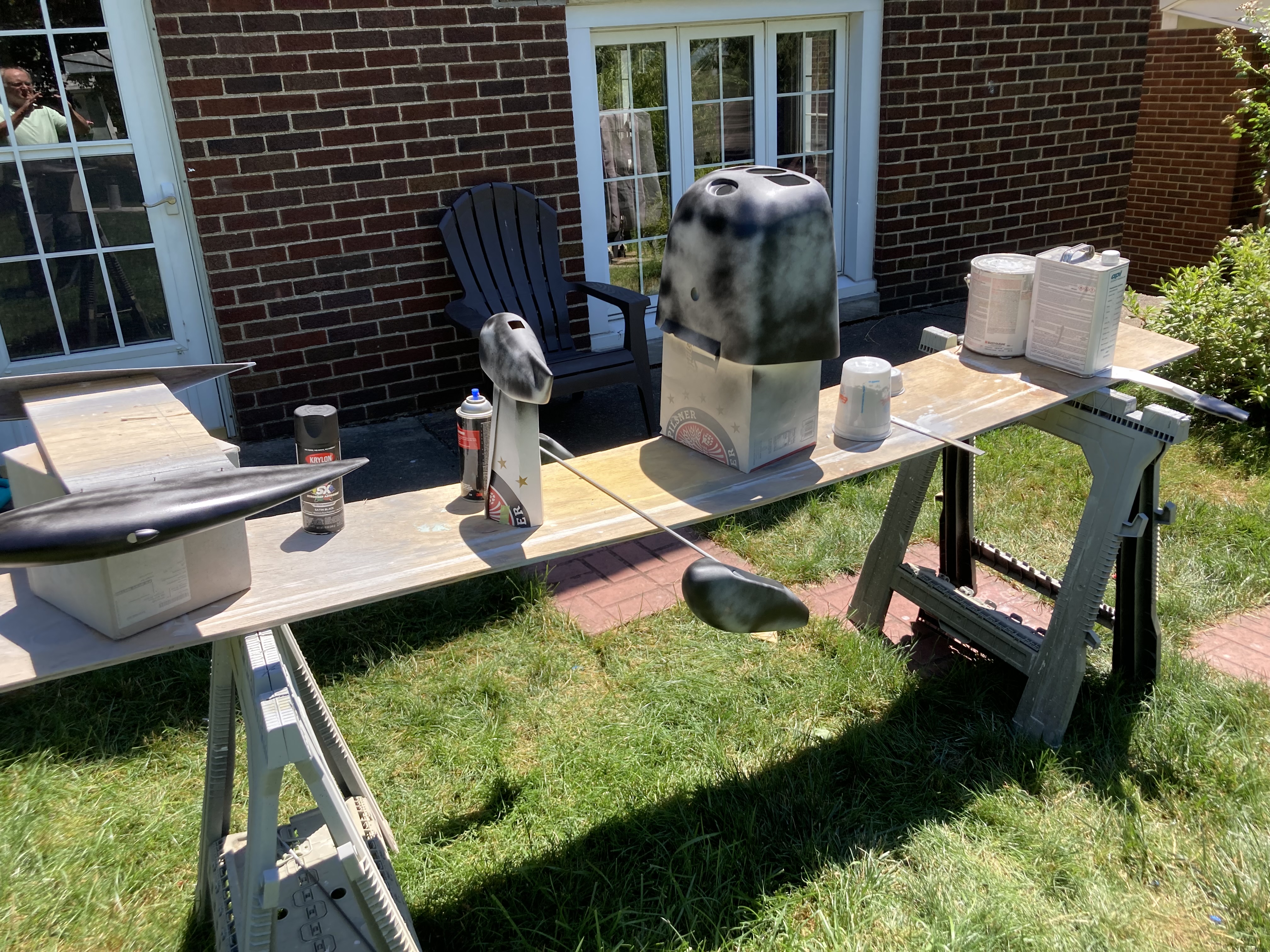 Wet sanded the parts with 400 yesterday and dusted on a coat of white epoxy primer. Going out flying this morning with a friend and depending when I get home I may get the white base color on.
Did get to the autobody store, I seem to remember a pint of white base costing around $35, it's $52 now. The quart of clear and the hardener was about $100. Of course this will paint more than one plane. No matter where you look, prices are going up fast!!!

Our trip to the flying field got cut short today, stripped an elevator servo arm on my friend's plane, good thing it was noticed before he took off for the forth flight of the day. Lessons learned don't use carbonite servo arms on 100cc plane with a 3W 150 competition series engine!!!!
Got home around noon and went to work. Scuffed the primer with 600 and put the white base down. If all goes well tomorrow I'll mask and paint the Missile Red trim. While looking at the product sheet for the base coat noticed that it is optional to put the same hardener in the base color as the clear coat, sounded like a look thing to do since it may take a day or two to complete the masking.

GSN Sponsor Tier 1
They shouldn't even include those throwaway arms in the servo package.

dhal22 said:
They shouldn't even include those throwaway arms in the servo package.
Click to expand...

Those karbonite gears and arms work great on small electrics. Light and strong - but fretting eats them for breakfast on a gasser.

He is using 7955's and the plane is a rocket. I'm using the carbonite arms on this Cherokee on the flaps and ailerons but they never be stressed like his are.
My first giant scale plane was fitted with Futaba S128 servos, 48 in-oz of torque, plastic gears, Quarda Q-52, AM radio, 1200 ma battery pack, might had 2-56 hardware, French TR260 built from Model Builder plans. The ailerons were not that big but a harder than normal landing would strip both aileron gear sets. I carried spar sets in my field box. How things have changed!!!!
There were no wing sockets, instead 1/8" plywood doublers were glued to the wing ribs and 1/8" plywood pieces were fitted and glued onto the front and back sides of the spar that contacted the wing tube. I lost the first one due to stabilizer flutter in a high speed dive, built several more with beefed up stabs and foam wings, they eventually had an encounter with earth. I think for the time it was a very good flying design.
You must log in or register to reply here.
Share:
Facebook Twitter Reddit Pinterest Tumblr WhatsApp Email Share Link
Top