Time is rapidly approaching to finally begin my all time favorite of favorites, WWII aircraft. When I first began in this hobby, I was like oh so many others. We all wanted a Mustang. Why? I think it is because of the nostalgia. Maybe it is the romance of one of the meanest and all out deadliest of weapons America had in the early 40's. For me, it was the sleek, sexy styling. The grace in which she could move. The speed and most of all, that sound. Oh, that unmistakable "growl" of the Rolls Royce Merlin V-12. And the cackle of the backfire from the exhaust...It gets me where I live.
My Favorite "Stang" video.
Just like a Corsair, or any other radial equipped plane, the Mustang with its Merlin had it's own unmistakable calling of arrival. Even with the Merlin outfitted in the Spitfire, there was still something about the two that set them apart. Even the Germans knew the war was lost when heard they on high, the calling of that racing Merlin delivering their annihilation from the air. I bought a Top Flight Gold Edition and completely "Botched" the build. I was not happy with how it turned out and it became a pile of sticks as quickly as those sticks became an airplane. Even faster actually. I then purchased one that was built by an ex friend that did a pretty good job. I knew nothing of the flight envelope. I was very green to the hobby. My flying days had been in their infancy. But I did know enough at that time to understand what it took to fly it. But I was still very cautious and allowed my friend that built it to maiden it for me. (I wish now that "I" had been the one to maiden it) He got it airborne and down it went. Never had my heart been so broken. It took nearly 18 years before I attempted another "Stang". First came my Hangar 9 Giant Scale Marie. 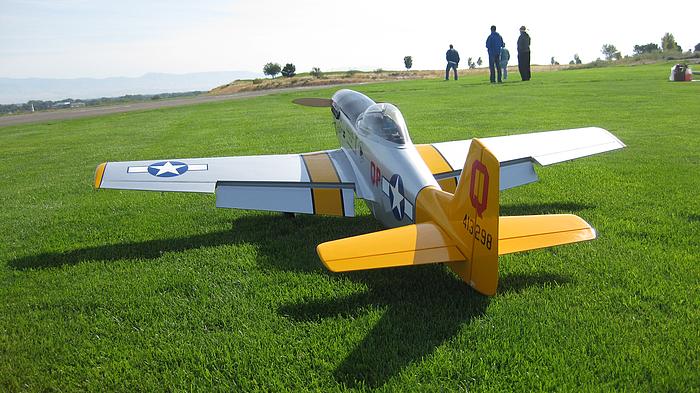 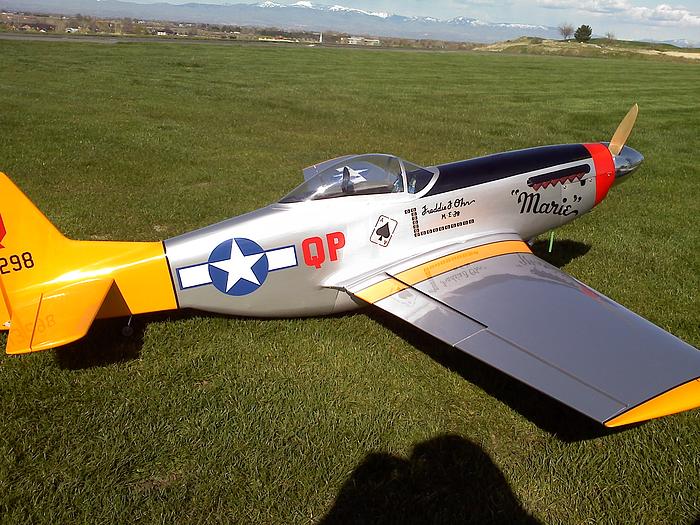 But I still did not trust myself with her for the longest time. So I chose the next best thing. A Hangar 9 60 size Blue Nose. 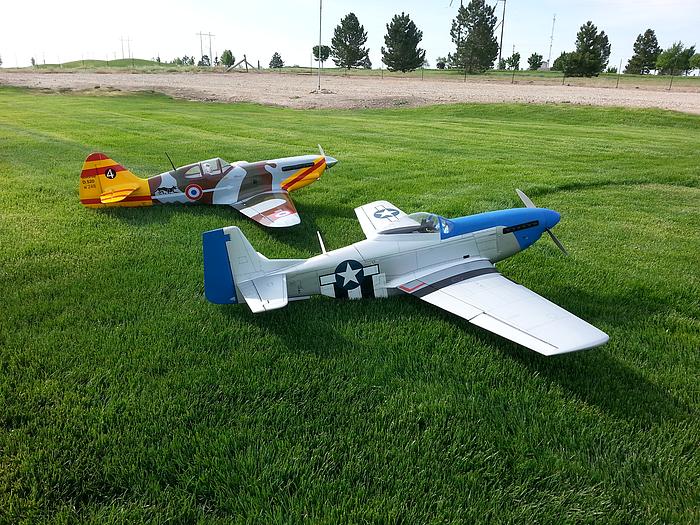 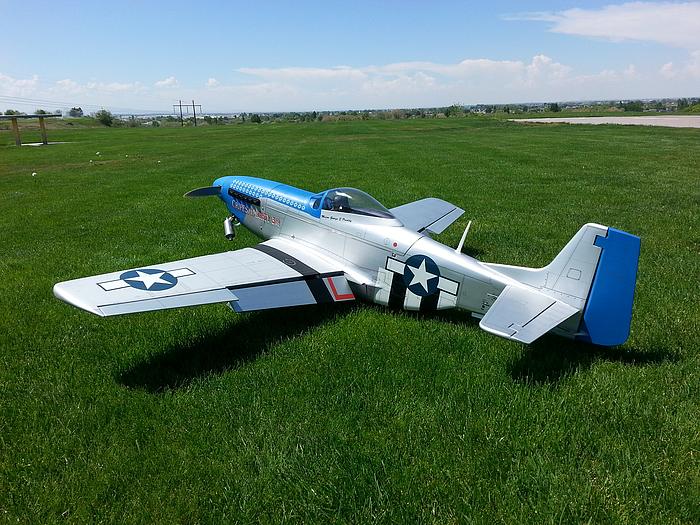 Equipped with a Saito 125, this little guy would flat move. I could not say much for the quality of the arf, but after some time I had her lined out, retracts working perfectly and I was flying like a WWII ace. Between my sons @Shayne Epley strong belief and constant patience, (he is a very confidante man) He had me to the point I believed I could fly anything. Including My Marie. And fly I did. She wasn't the fastest, outfitted with a DLE 35cc. But she did fly scale. And I did enjoy her. I knew even then so many years ago I would, "I WOULD" have a big "Stang". I really needed time to hone my skills and build the confidence I needed to take on such a feat. Well, I am there. After teaching myself to fly in the spring of '94 and the last ten years or so of flying anything and "EVERYTHING" like I stole it, I feel I am now ready to take on that monumental task.

My Don Smith 112" Mustang was originally ordered in 2011. But of course other projects came first because I just did not feel devoted enough to take it on. Now after the Jtec Pitts, the Behemoth Yak (1) and (2), the Big 330 and so so many other planes before, inbetween and after, it is time to break open once again the boxes of sticks, sheets and blocks of balsa and ply wood. It is time to re-open the boxes with the beautiful crystal clear canopy and the fabulously layed up fiberglass cowl, radiator scoop, inner landing gear doors and the epoxy resin exhaust stacks. 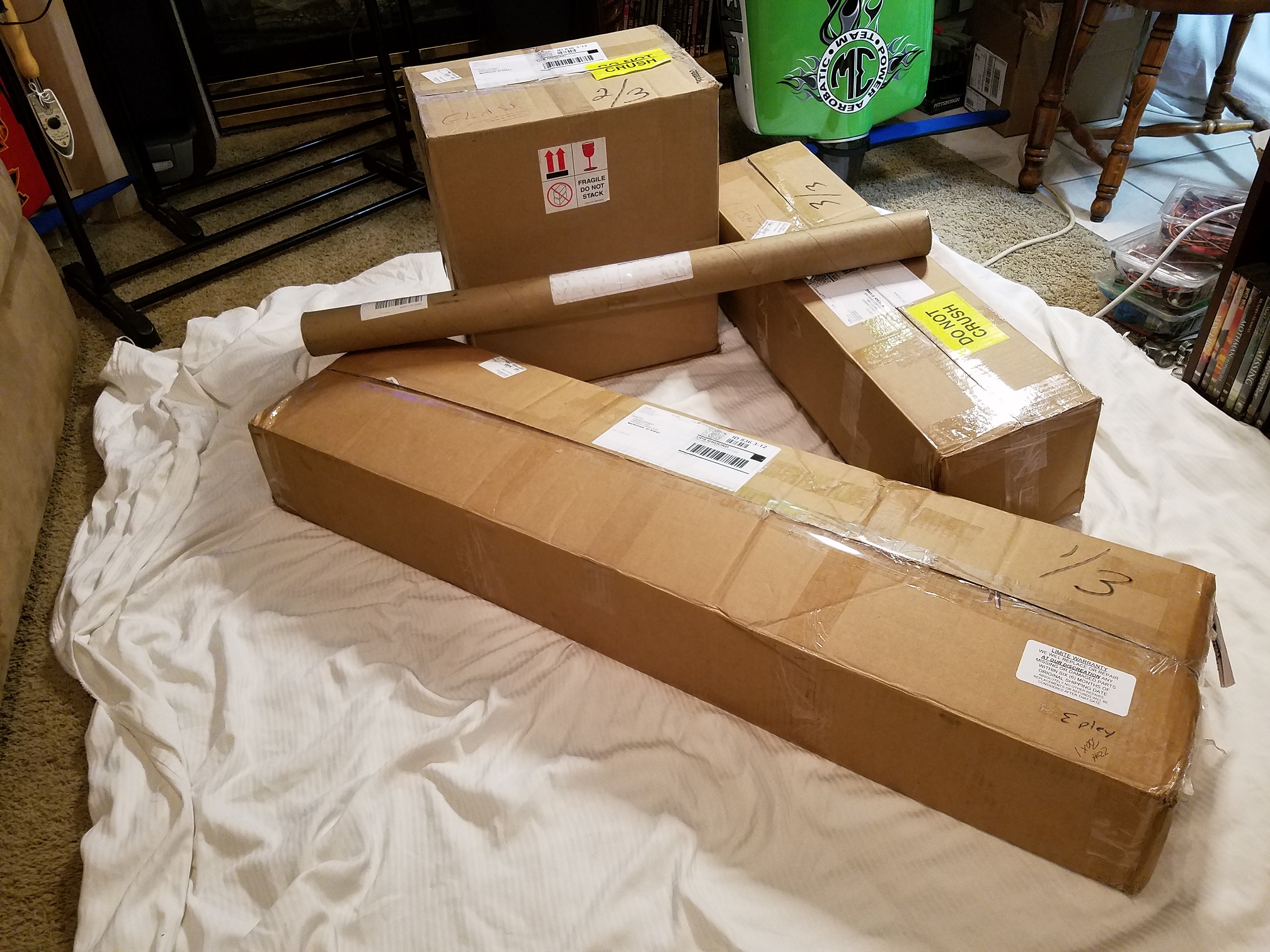 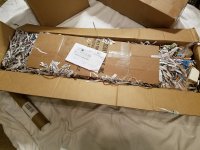 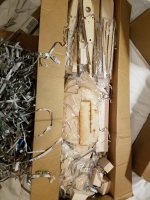 Lots and lots of wood there. LOL. Next the very large "bubble" canopy. 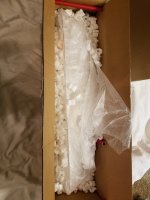 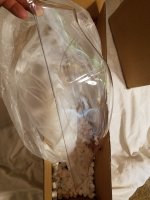 A shot of that behemoth sized cowl that will be housing the motor of choice for this awesome bird. Truly not 100% certain what that motor of choice will be yet. Yes, I want a Kolm. But all too consistent in my thinking processes.... Could I really have another bird in the house that wasn't sporting an awesome beasty red headed "dub"? Well, hmmm..... Ugh. Decisions, decisions. LOL 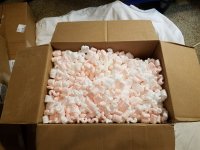 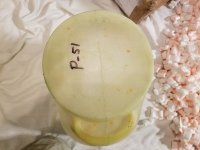 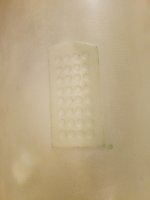 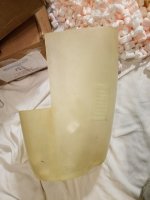 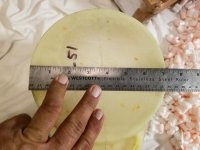 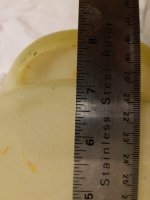 The detail on the cowl is going to help make this project oh so much fun. LOL. Yes, that will be a 7" spinner for this big bird. Wow. 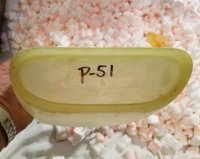 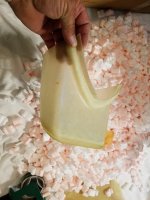 The epoxy resin exhaust stacks. (Which I "may" opt to have custom Keleo exhaust built) 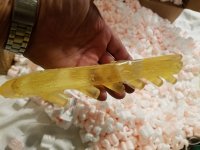 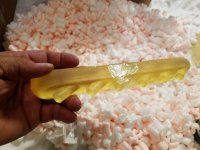 And last but certainly not least, the inner landing gear doors. 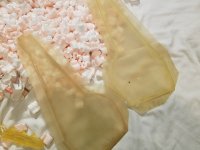 Certainly I realize this is not going to be an easy, (or quick) project. I figure it will take me the better part of year. (at least) But a little each day and soon she will be a transformed from a box of sticks to a beautiful flying Master of the skies. What is that phrase from that movie? Oh yes, The Cadillac of the Skies.

I will not be starting this right away. I still have that Velox to finish up. And I swore to myself this project will stay completely "UNTOUCHED" until such time as that Velox is done. But understanding me and my thinking process... I hate nothing more than something that is started and not finished. That is the main objective of starting this thread now instead of a couple of months from now. This thread will eat at me and it will knaw on me and it will serve as a cattle prod. At least that is my intention.

I want to share one other thing regarding this build. It will be a "Giant Scale News" only exclusive. I will not share this build with any other site. If there are those that want to visit here and see the progress, add their comments, suggestions or just overall ideas and advice... maybe cheer me on and push me cuz I may get lax from time to time... join in the family and friends and the closeness we all share, then I am all for that.

One other absolute with this build is this. If I don't have what it takes for the proper tools, equipment or otherwise needed items... They will be acquired before continuing. I have a complete love affair with the Mustang. Just as true and loyal as my 3w engines. It will be done right, or it won't be done at all.

I would like to invite "EVERYONE" here to join in with me on this build. And as before with everything else I have done here on GSN, your encouragement is welcomed and your input is valuably appreciated.

Though I will not start this right away, there is no reason why so many of you awesome builders out there can't offer pre-build advice and insight. I "KNOW" there are quite a number of you that are just simply amazing when it comes to building technics. So share away.... Lets get the ball rolling.

Well the journey has started and I am so glad to part of it. And first let me thank you for the invite and that you are going share your building experience of the Mustang with us. That is going to be one hell of a ride and it will last for over year. THANKS

You have my attention!! This one will be good..
Would you be so kind to at least give us a power plant size??

kork said:
You have my attention!! This one will be good..
Would you be so kind to at least give us a power plant size??
Click to expand...

The plans call for a 5.8 c.i. (95cc) I have a nearly new 3w 85cs which would probably fly it. But not like I want. A fellow put a 3w 150 on the front of his and broke the firewall out. A lot of my decision on a suitable power plant is going to be on how well I can "beef" the firewall area up. If a Carf can fly just fine with a Kolm 4 cylinder, then this DS should be able to handle it or like even better. It is bigger and it all comes down to strength and support. One other gent I have spoken to recently "killed" all options other than a bigger motor. You see, the plane can be built at 35 to 40 pounds. (According to the plans) Then you add retracts and a bigger engine, now you're up to easy 50. But honestly, many have done it around 55. I am expecting that range. (Hopefully) Anyway. This fellas DS broke the scales at 78 pounds. Beautiful craftsmanship but way "WAY" too heavy. Not sure if he used concrete to glue it together or what. For this reason I am really leaning hard at the 3w 110cs inline twin. The Brison 5.8 is 6 pounds and develops 40 pounds of thrust. Will only swing a 26" prop and would have that ugly ass carb sticking out the side of that beautiful birds side. Not! My thought is that would be just about right. But then you add the nose weight that "ALL" warbirds eventually end up requiring and now you're adding dead weight. The beast dub inline 110 develops over 12 horse, comes in 1.6 pounds heavier (no added useless dead weight) than the Brison, is a smooooth twin vs. a thumping single and turns a 30x12 prop. For the money, the ease of installation, for the knowledge background and for the rest of my plains sanity, (they would feel ashamed if the Stang got a Kolm. Lol) To answer your question, you can see I've really thought this out well. Pretty sure it will be the Mighty Dub IL110CS. 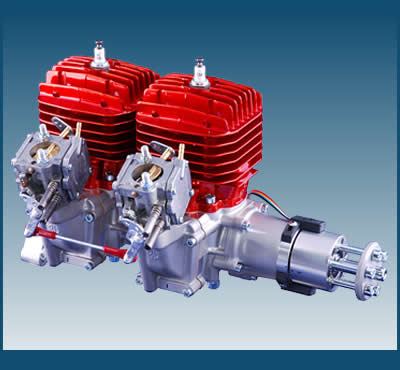 Do you have the 110 already for the plane.

Snoopy1 said:
Do you have the 110 already for the plane.
Click to expand...

No, not yet. I figure by mid Oct. or Nov. I will make the final decision between the 110 or the 135 Kolm. Really not a lot of difference in price. Either one will take a huge bite outta my wallet. Lol
You must log in or register to reply here.
Share:
Facebook Twitter Reddit Pinterest Tumblr WhatsApp Email Share Link
Top