Wild man said:
Are you talking about the Draco If so you can go in and program Flight modes on a three position switch. So you can have no AS3X or safe, position 1 then position 2 is AS3X only and position 3 will be both AS3X and Safe or you can set it to where position 2 and 3 are just diferent gyro settings like 50% and 100% of the gyro settings that are already programed in the receiver
Click to expand...

I see Flight modes in the Spektrum programming interface where I go to download updates to the receiver.
Also I use Flight modes on my DX9.
However, I’ve not tried the method you’re suggesting. Yet, that is!

to do it you have to have the Trans. and receiver in the plane on then go to forward programming in the transmitter click on gyro settings, and so on here is a tutorial on how to set it up

Wild man said:
to do it you have to have the Trans. and receiver in the plane on then go to forward programming in the transmitter click on gyro settings, and so on here is a tutorial on how to set it up

WMcNabb said:
Thanks for the responses gentlemen.

Yes, the issue occurs after the first flight, never between the time I check the control movements just after assembly at the field, and the first flight. When this trouble happens, no noise can be heard from the servo, and I can move it freely by hand.

Best way to describe the throttle servo location is inverted at the top of the pipe tunnel. You can see it hiding between the two pipes in the photo below.

I did put new baffles in this thing not too terribly long ago, so it’s very possible that heat is the problem. Oddly enough, quite a few minutes had passed by the time the servo worked again after the 1st and before the 2nd flight. Similar delay between after the 2nd flight and when the servo worked again just before loading the model into the truck.

Looking at the receivers when this happens, all four of the satellites have solid LEDs. With the PowerBox, I can assign any signal to any of the servos, so I did this by assigning a different servo to the throttle input signal and it worked fine. However, I could not get the throttle servo to move, regardless of assigning it to any of the inputs.

I wouldn't trust that servo anymore! Sounds like its not even getting power! I would remove it. You could check the connector crimps, and take the servo apart to look over the internal wiring. Sounds like you've isolated it well and ruled out everything else.

AKNick said:
For once I can actually say the weather has been great this last week. I have been exhausting myself trying to find some rising air with not much luck. But trying none the less. Been flying the snot out of the ARS300. Had some members and spectators watching me fly.!so I touched the tail a couple times on the ground gently. Had a good time!

even ran into a group of younger fliers and watching them fly the living daylights out of some foamies. Warmed my heart to see this younger generation doing what I did, but with buddies. Really cool.
View attachment 117869
View attachment 117870
Click to expand...

GSN Sponsor Tier 1
Finally I flew this year. Coached my son's baseball spring team, his highschool graduation/college preparation. Rain, rain, work, work, so many things keep me away from the field.

Anyway, my big Sukhoi is now certified as ready to fly everyday by a couple of much better pilots than me. Mostly I spent my first solo flight practicing the landing approach as our field up in the mountains is TIGHT. Landing was a bit rough, nicked my 3 blade prop but I flew finally in 2021.

A quick shot someone took while I was turning around.... You guys in Idaho or Kansas/Nebraska have it easy. 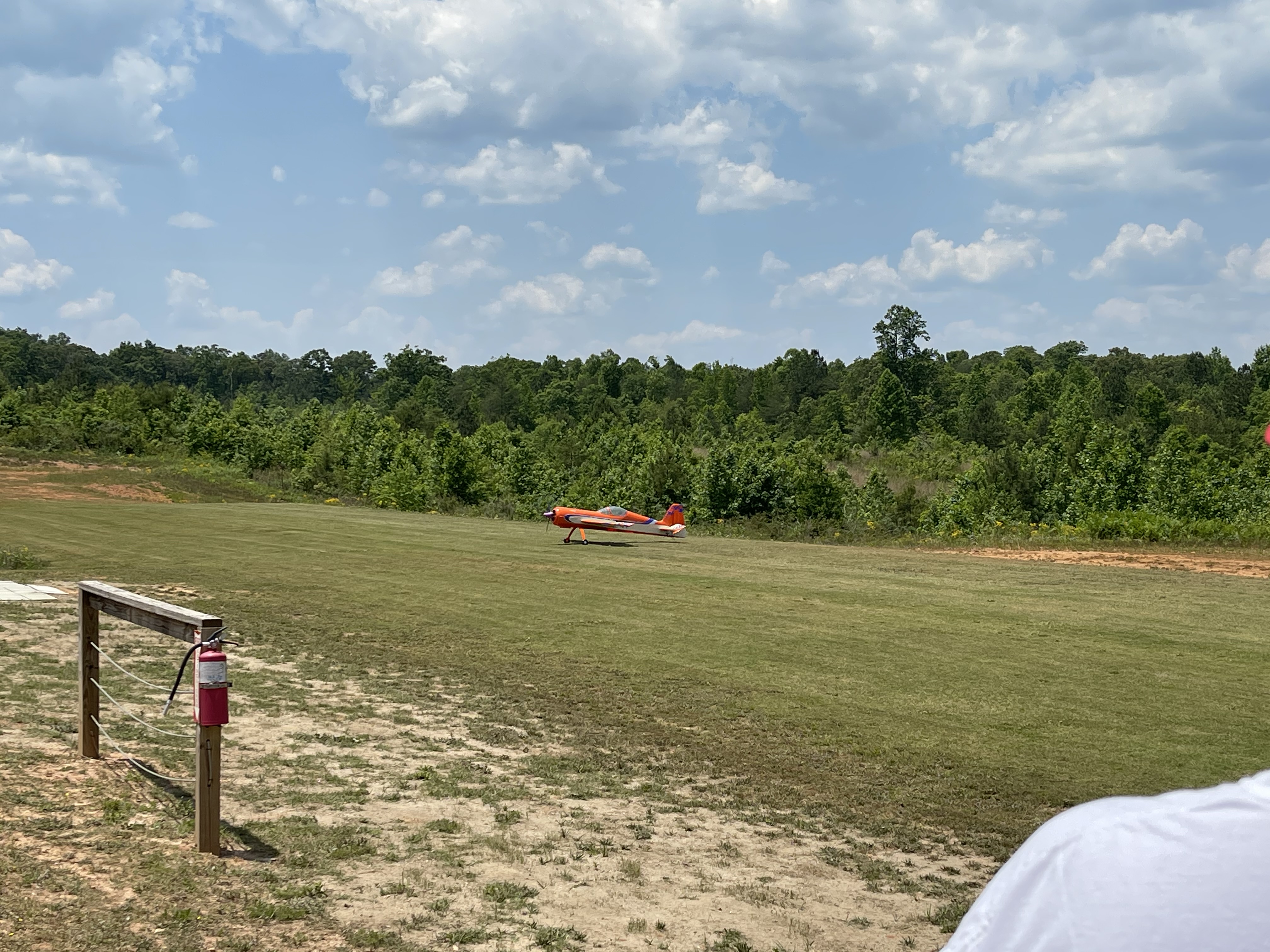 GSN Sponsor Tier 1
My dad snoozing while I assembled my plane. 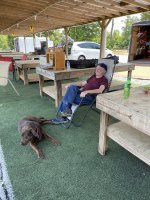 dhal22 said:
My dad snoozing while I assembled my plane.