Well for a while now been wondering what to build next. Yesterday while doing a range check on a new receiver installation in the Piper Cherokee shown in my avatar, I forgot to set the radio back to full power, not sure how I did this but at any rate I did! Below are the photos of day one July 7, 2014 and the final day June 6, 2021. I have the 30% WH plans so that's what I'm building next. I had bought a WH 30% Decathlon kit for the wood, this morning a removed the sheeting and sticks and put the laser cut parts and plans up for sale, also ordered the cowl and wheel pants from Fibertech n More. Away we go. 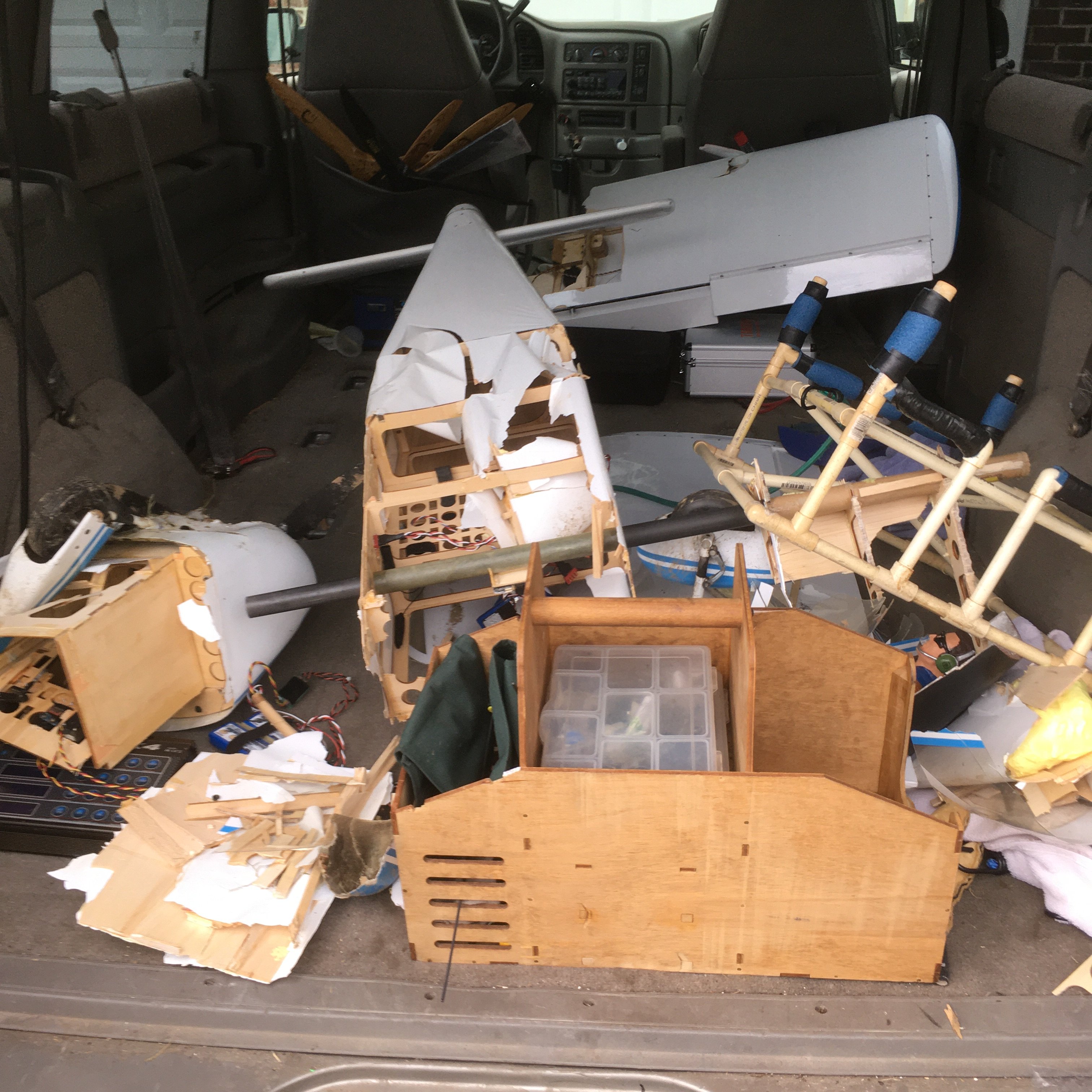 Like that you are starting a new one, dislike the way the old ended up.

Hate to see that.

Did a good job on that one. Was not hard decision scrap that one. That does look painful.

By some miracle I managed to get it back to the runway. It was flying about as far out as I go, I had the failsafe set for a slow left hand turn with the stabilizer set to switch to 2d (self leveling) mode just about idle. I did about 4 turns slowing descending and was just about ready to go behind trees when I got control back and headed towards the runway, had it lined up on the centerline about 6 ' up, I lost control again when I suspect the engine got between the radio and the antennas. Was flying a FrSky RX8R with a X8R as redundant receiver. I realized it was still in range test mode as I walked out to gather the wreckage on the runway. I'm pretty sure if the failsafe was set to hold it would have just flown away. Took all the parts off that I could possibly use again the rest is in two contractor bags ready for the curb on Thursday night, will be a distant memory on Friday morning.
Brought home "Best Scale Piper Cub" award from "Wings Over Piper" fun fly back in 2015,this is at the Piper Museum in Lock Haven PA. There were many Cubs there I think the judges just liked it so much. I always flew in scale like manner, long take offs, long roll outs, big patterns. I was flying a demo at the Jimmy Steward airshow in Indiana PA one year and one of safety guys was wondering what the full scale plane was doing in the pattern because the field was closed during the 20 minutes the club had. He came over after talked with me after I landed. I modeled the plane from photos on airliners.net, the full scale photos were taken at the Alliance Airport in Alliance OH, the Alliance Balsa Bees share the runway, owner of the airport also owns the Cherokee I modeled. At their fun fly one year he see the plane and took me over to the hanger to show me the full scale then drove me around town and showed me all the sites. It was a great plane but I was getting tired of it but could never part with it. So I don't feel so bad after all, I hope the next is as good. 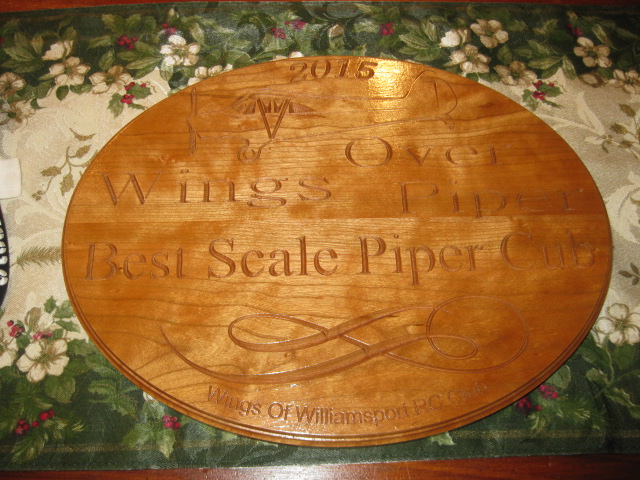 Did your radio not "beep" at you to tell you that you were in range mode?

It sounds like you really enjoyed the plane and flew it scale. Nice.

Funny you should ask because I thought the same this morning, the beeping for the range test is on the volume control, I have the volume on the left slider and i must have had it turned down. I had just put a speaker upgrade in the day before that I bought from Banggond, the speaker must be a wolfer because it has a very base sound, the beep sound is very low even at full volume, if it is turned down you can't hear it. Checked all the settings in the setup and everything looks normal. I think I may have another speaker same as the one installed in the original Taranis radio, I hope so at least.
Took the Champ drawings down this morning and hung the Cherokee drawings up to study. Looks like the path of least resistance will be a short kit from National Balsa. Was thinking that I would do foam rib wings but that is still up for debate. Might just make a canopy plug for the windows. This build will be more like an every day flier so not as much detail as I did with the Champ. Planning to use 5/8" Robart RoboStruts for the landing gear. Thinking the power will remain the D&B 3.7 twin.

Yes, not being able to hear the beep would scare me. I can understand how it happened to you.

I was wondering how you would do the canopy.

Sorry to see the loss.
Glad to hear you’re starting on the new one!