Yes it does. I can't wait for Wednesday. Oh wait, I will have to keep tabs via cell phone. Heading to Tri-Cities Wednesday.
I am sure the maiden will go well.

One step closer, make sure everything is perfect and you are ready then go for it.

Welp, got the small issues I had taken care of. Which was basically the tank mount came loose because I got too stingy with the glue and I added some pieces of smoke tubing around the neck of the ball links on the slave rods as vibration isolators.

Weather looks good tomorrow so after work, I'll get it run again and if all looks good we'll give it a go

After pacing around for about an hour, we fired her up and I shoved the left stick forward. The take off roll was pretty easy going, it did pull to the left pretty good, but once I got to rotation speed I had plenty of rudder authority. After lift off she was still turning left some, 2 clicks of right aileron and 2 clicks of right rudder with a click of down trim and she was flying straight as a board.

She is definitely a sport plane, the ailerons have plenty of authority but took a little getting use to as I'm use to flying Ultimate's and Extra's. Rudder coordination in the turns is a must, with out it she turns about like kicking a pig. I have plenty of elevator authority, even with her being a touch nose heavy for the test flight. Although the fin and rudder looks small, it's a lot like a Pitts in that a little bit of rudder input goes a long way.

The thrust angles are 1 degree of right thrust and 1 degree of down, and with this engine set up it seems just about right, but will need to do a bit more testing to be sure. The engine was still running rich, and I need to increase the prop pitch a bit as she flew a little slow. She's a bipe in every sense, pull the power below half and she starts coming down. The landing wasn't too bad, just have to fly it in with the power. The wire gear with the Dubro air wheels are kind of bouncy on the pavement, but should have great shock absorption in the grass.

2 takeoffs, 2 landings, and both were pretty easy and uneventful. Here's a couple pics right after the test flights, I'll get the couple of videos up in a bit. 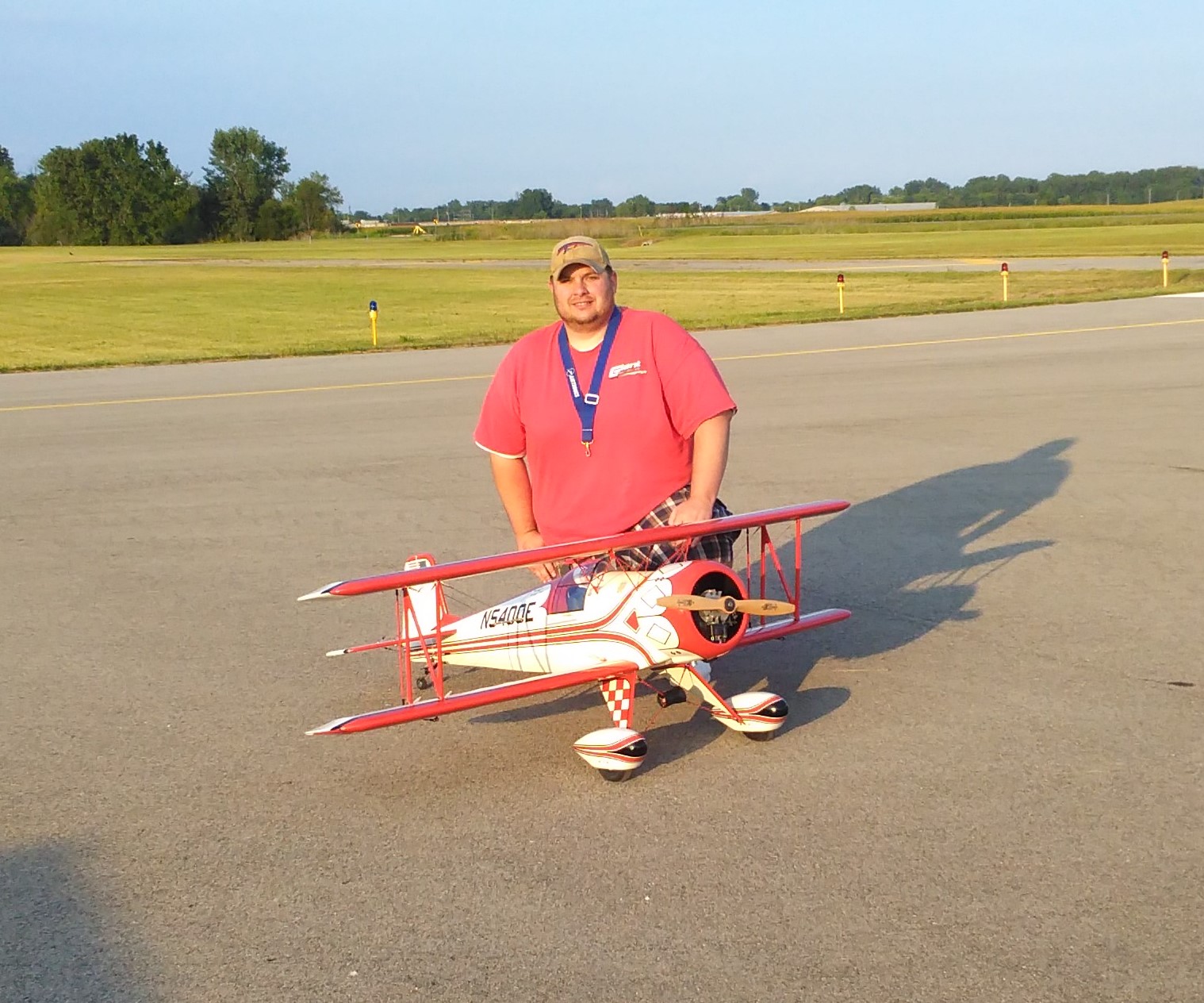 Quite a happy guy right here, knocky knees and all!! 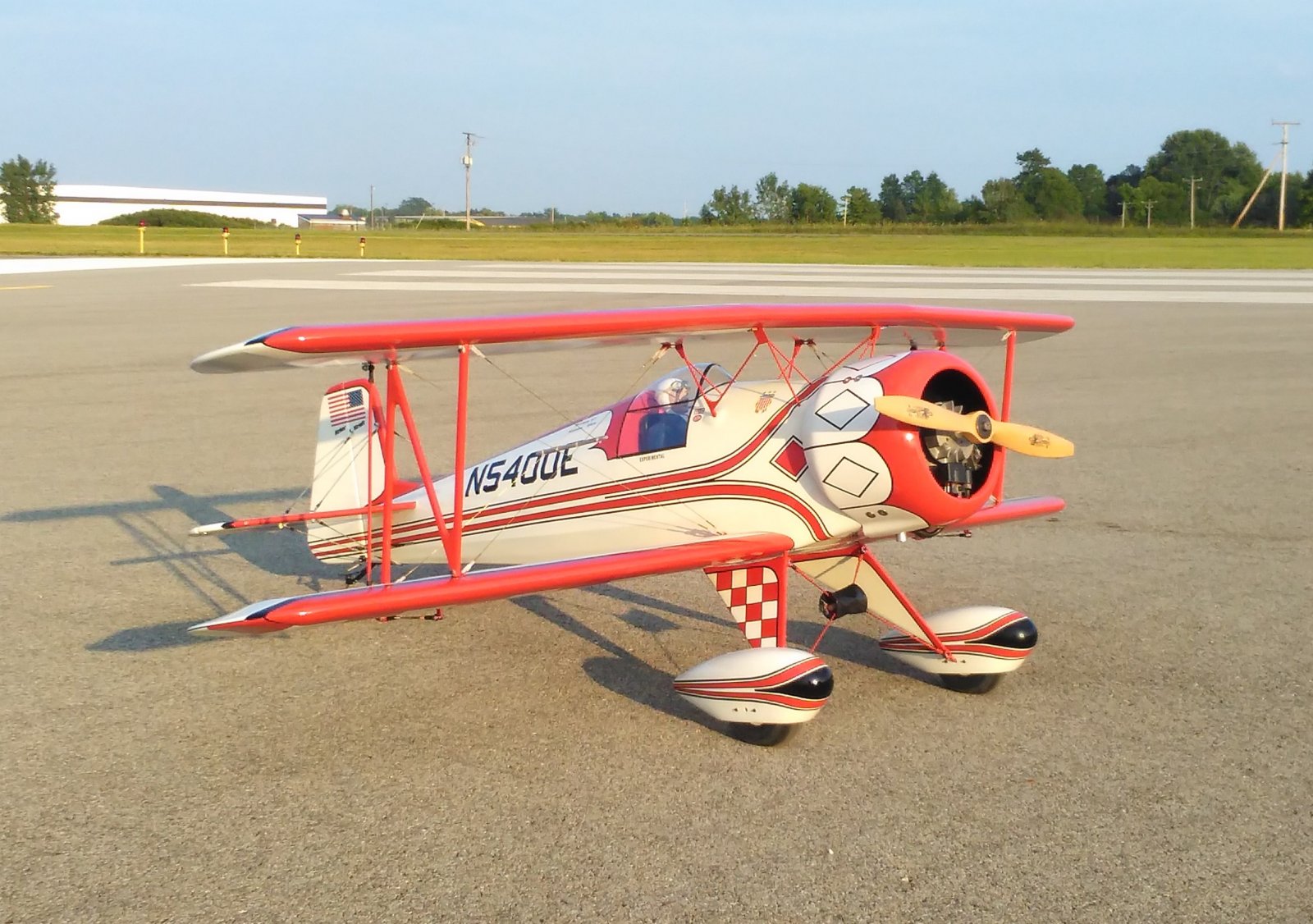 Awesome! I'm so glad it went well. You did an amazing job and should be very proud. I'm glad you shared the journey with all of us.

Yes, congratulations! Very excited for your successful maiden! Beautiful machine you have built. What a tribute!!!!